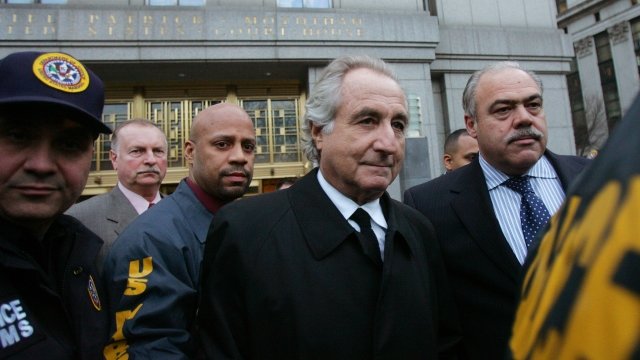 By Andrea Gonzales
November 30, 2018
The money will be sent to over 27,000 people around the world. This payment brings their total recovery to nearly 57 percent.
SHOW TRANSCRIPT

The Department of Justice announced Friday the fund for the victims of Bernie Madoff's Ponzi scheme will be given $695 million.

This will be the third payment to the Madoff Victim Fund, which will eventually be compensated $4 billion. The money will be sent to over 27,000 people around the world. The fund has garnered around 65,000 petitions from victims in 136 countries, according to DOJ. This payment brings their total recovery to nearly 57 percent.

The FBI Assistant Director said in a statement, "While today’s distribution of funds is indeed significant in scope, we understand no amount of money could ever restore the damage done by Madoff as a result of his selfish behavior and unforgivable financial crimes.”

In 2009, Madoff was sentenced to 150 years in prison for using his business to steal billions from his clients — resulting in history's largest Ponzi scheme.

"Bernie Madoff's scheme devastated retirement and pension funds, charitable organizations, and thousands of individual investors spread across 49 States, the District of Columbia, and 121 other countries," according to the assistant attorney general.