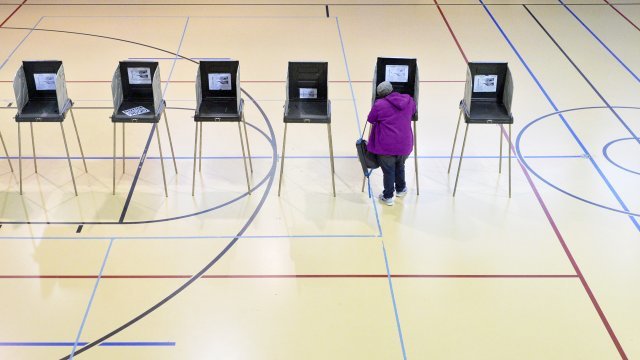 After a recent Supreme Court ruling, the liberal group Occupy Democrats circulated this graphic. It claimed the ruling, essentially, stripped Native Americans in North Dakota of the right to vote. Is that accurate?

Okay. We should pause here and get you up to speed on the backstory.

Occupy Democrats is referencing a case called Brakebill vs. Jaeger. That's a case in which a group of Native Americans want a North Dakota voting law declared unconstitutional. That law says voters have to show up to polling locations with an ID that lists their name, birthday and residential street address.

It's that last part that's causing a problem. The group suing says a lot of Native Americans use tribal IDs which don't list a residential address. They say that's, in part, because they use P.O. boxes. Plus, in many cases, homes on reservations don't have physical street addresses. The law does allow someone to use an ID without an address, as long as they have other documents with the missing info, like a utility bill or paycheck. If someone doesn't have that documentation, they might not be able to vote.

That said, tribal leaders, a voting rights advocacy group and the North Dakota Secretary of State's office are working together to address the problem. Homes that don't have an official address can get one assigned to them quickly and at no charge by calling the local 911 coordinator. And as far as documentation, voters can get a letter from a tribal leader certifying their address.

For its part, Occupy Democrats said it stands by the "general veracity" of the statement in its graphic. It did update its post on Facebook with some of the context in Politifact's fact check.