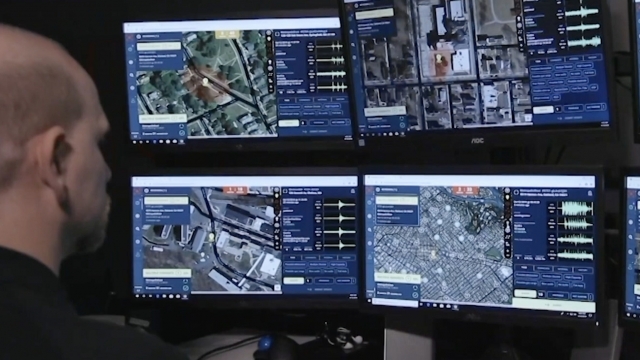 SMS
Does Predictive Policing Technology Reduce Gun-Related Crime?
By Tyler Adkisson
By Tyler Adkisson
July 5, 2022
A predictive policing technology called ShotSpotter is helping detect shootings, but there are still questions about its effectiveness.

ShotSpotter is a predictive policing technology that can detect the location of a gunshot. Now it's being rapidly adopted by police departments across the U.S. to help curb gun-related violence and crime. The question, however, is how effective that technology is.

It works like this: When a loud bang goes off near a ShotSpotter location, its acoustic sensors use artificial intelligence and triangulation to determine whether the sound was indeed a gunshot and where it may have come from. If the system determines the noise was from a firearm, it will send the data to a human reviewer. If that person signs off on it, an alert will be pushed to a police officer. ShotSpotter says the entire process takes less than a minute.

While ShotSpotter has touted its achievements, independent researchers have found that the tech may not work that well. Johns Hopkins research found the implementation ShotSpotter had "no significant impact on firearm related homicides or arrest outcomes."

"I would say in the vast majority of cities it's currently unknown, or at least not publicly available or publicly accessible, where a city might have covered zones of gunshot detection technology," said Mitch Doucette, assistant scientist with the Center for Gun Violence Solutions at the Johns Hopkins Bloomberg School of Public Health. "The repercussions of this are that it makes it a lot harder for outside researchers like myself to try to evaluate, to the best of our ability, the impact of this technology on different outcomes, like firearm violence."

In the instances in which we know where ShotSpotter is deployed, it’s often concentrated in largely Black and Brown neighborhoods. According to the MacArthur Justice Center, the city of Chicago deployed ShotSpotter to cover 12 police districts — all of which have high numbers of Black and Latinx residents.

"ShotSpotter is consistent with a broader trend of law enforcement using technology at the cost of more traditional methods of policing," said Hugh Mundy, law professor at the University of Illinois Chicago. "ShotSpotter, in many cases, is used with other evidence to justify a stop and frisk. The data shows it to be less reliable than traditional methods of policing, but judges and juries give it more weight than those same methods."

ShotSpotter isn't guaranteed to help solve cases, either. The MacArthur Justice Center said in 89% of ShotSpotter deployments in Chicago, police did not record any kind of incident involving a gun. In 85% of cases, the alerts didn't result in a case report filed by police.

In lieu of ShotSpotter, experts suggested that it might be cheaper and equally effective to do community-based interventions. So far, Chicago has spent $33 million on the implementation of ShotSpotter tech.