Disney To Slow Down Production On Some 'Star Wars' Projects 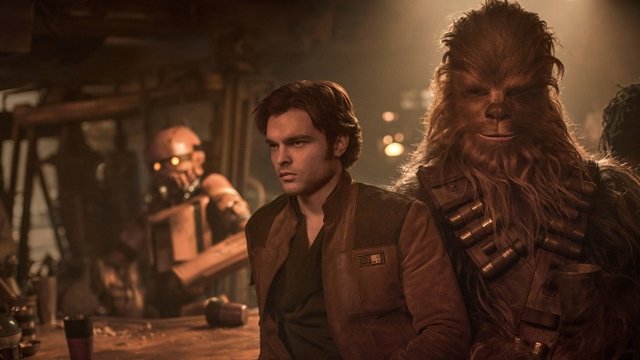 SMS
Disney To Slow Down Production On Some 'Star Wars' Projects

By Katherine Biek
September 21, 2018
Walt Disney Co. CEO Bob Iger responded to complaints about franchise fatigue, saying the studio tried to do "a little too much, too fast."
SHOW TRANSCRIPT

With four "Star Wars" films released since 2015 — it's been an eventful time to be a fan of the franchise.

But the lukewarm reviews and somewhat underwhelming box office haul for this year's "Solo: A Star Wars Story" have Disney rethinking its approach.

CEO Bob Iger told The Hollywood Reporter his decision to release a new "Star Wars" story each year was "a little too much, too fast."

Iger suggested production on future "Star Wars" projects is going to slow down. He specifically name-dropped J.J. Abrams' "Episode IX" and a still unspecified new series from the creators of HBO's "Game of Thrones."

But there are a ton of upcoming "Star Wars" projects he didn't call out, including another movie trilogy from the director of "The Last Jedi," a new season of the animated series "The Clone Wars" for Disney's upcoming streaming service and a standalone film on bounty hunter Boba Fett.

So far, Disney's only given a firm release date for "Episode IX" which is currently scheduled to hit theaters in December 2019.