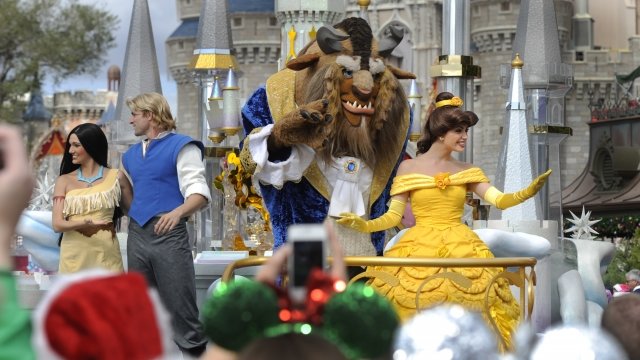 By Gabrielle Ware
September 6, 2018
Disney World workers will receive $15 an hour as a base wage by 2021.
SHOW TRANSCRIPT

Over 70,000 Walt Disney World workers are getting a raise to their starting salaries.

Union leaders and Disney signed off on a contract Thursday that will raise employees' minimum wages to $15 an hour by 2021. They'll also receive a $1,000 bonus that was put on hold during negotiations.

Disney and Union leaders came to an agreement at the end of August but still needed to make it official. The new contract also has more comprehensive anti-discrimination protections.

Disney World said in a statement, the raise "will provide a powerful boost to the local economy" in Central Florida. Walt Disney World Resort is the largest single-site employer in the United States.