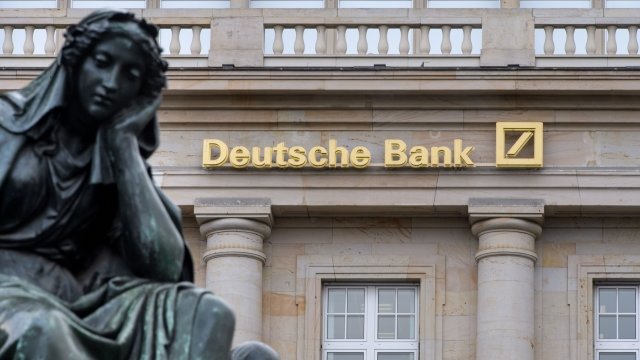 By Cristina Mutchler
November 29, 2018
The raid is in connection to the 2016 Panama Papers, which revealed a global offshore tax account scandal.
SHOW TRANSCRIPT

A German bank is in hot water over money laundering allegations.

Deutsche Bank's offices in Frankfurt, Germany, were raided by 170 police officers and tax inspectors Thursday in connection with a money laundering probe. The bank's main headquarters and other branches in the city were searched.

Authorities are targeting at least two employees suspected of helping set up offshore businesses for clients, and failing to report millions of dollars in potentially criminal transactions.

The probe is linked to the 2016 Panama Papers investigation, which involves leaked documents that revealed a global offshore tax account scheme.  A Panamanian law firm was suspected of helping set up the accounts for tax evasion purposes.

In a statement, Deutsche Bank says it's fully cooperating with authorities and has provided all "relevant information regarding (the) Panama Papers."

The bank's shares dropped Thursday on the news.