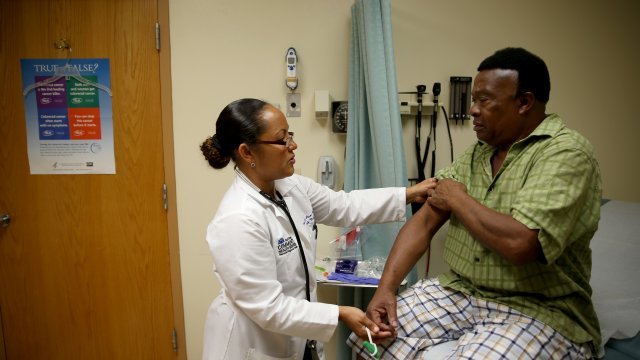 By Gabrielle Ware
October 10, 2018
The measure aimed to stop the expansion of short-term health care plans, which don't have to cover pre-existing conditions.
SHOW TRANSCRIPT

The measure was one vote short of a majority. It tied 50-50, with Republican Sen. Susan Collins voting in line with the Democrats.

The Trump administration's short-term health care plans were promoted as a way to provide cheaper health care coverage. But Democrats oppose the plans because they don't follow Obamacare mandates, which means they don't have to cover pre-existing conditions or provide comprehensive coverage

The measure wasn't likely to pass, and even if it did, it didn't have a good chance of making past the Republican-led House. But bringing up the vote potentially serves another purpose: forcing Republicans to publicly acknowledge their views on the less expansive health care plans right ahead of midterms.

Open enrollment for the plans began this month.