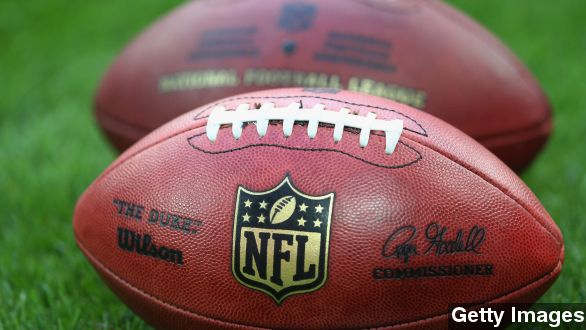 As the NFL seeks to repair its image following allegations that it hid the long-term dangers of concussions, a brand new player-health investigation is now underway. (Via Getty Images)

New York Daily News reports the investigation "began after attorneys representing about 1,300 NFL retirees filed a lawsuit accusing the league of illegally handing out painkillers, sleeping pills and other drugs without informing players of the risks of health problems and addiction."

In that lawsuit, filed in May, McMahon says he became so addicted to painkillers that at one point he was taking more than 100 Percocets each month. His teammate Dent claims he now has nerve damage from using medication to play eight games on a broken foot, instead of sitting out and having surgery.  (Via Getty Images)

During that May filing, players' attorney Steven Silverman said: "The NFL knew of the debilitating effects of these drugs on all of its players and callously ignored the players’ long-term health in its obsession to return them to play.”

Trainers referred to the medication situation in the '80s and '90s as the "wild west", according to attorneys. Other players backed that testimony, claiming they had basically unrestricted to access to team medicine stores.

The news of a fresh probe comes just days after a federal judge gave preliminary approval to a landmark deal that would compensate thousands of former NFL players for concussion-related claims. (Via CNN)

The deal seemingly puts an end to a dark saga for the NFL management, which has now earned a reputation of putting profits ahead of player safety. (Via The New York Times)

A writer for NBC Sports explains when the painkiller lawsuit was filed, it was assumed that NFL owners would be able to deal with it with a settlement, just as they managed to settle the concussion litigation.

"That [settlement] will satisfy most of the plaintiffs without bankrupting the league. But a DEA investigation is very different, and potentially a much more serious problem for the NFL."

The NFL has yet to release a statement on the reported DEA investigation.