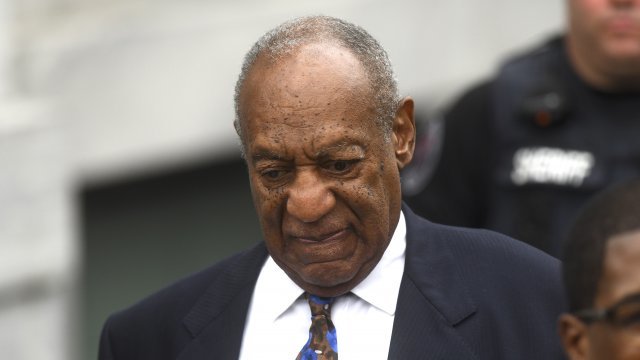 Bill Cosby's sentencing process wrapped up its first day Monday. One focus of the hearing was whether Cosby will be labeled a "sexually violent predator."

The determination could be a factor in his sentencing conditions. A psychologist for the state said Cosby has a personality disorder and that he "can't stop himself" from committing sexual crimes. But lawyers for Cosby say he poses no risk due to his age and legal blindness.

They also said the law surrounding the designation was unconstitutional, but the judge rejected that motion.

In April, Cosby was convicted on three counts of sexual assault. He was found guilty of drugging and assaulting Andrea Constand in his home in 2004. Cosby claimed the incident was consensual.

That was Cosby's second trial for these charges  — the jury in the first trial deadlocked, and the judge declared a mistrial.

On Monday, the court heard victim impact statements from Constand and her family. She said afterward: "You heard me, the jury heard me, and Mr. Cosby heard me. All I'm asking for is justice as the court sees fit."

Cosby could be sentenced as soon as Tuesday. He faces up to 10 years in prison.