David Cassidy Arrested For Third DUI, Headed Back To Rehab 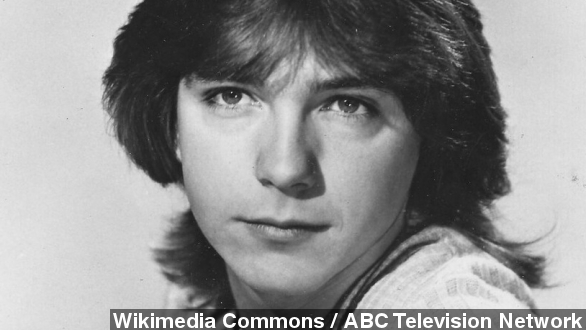 He may be known as a 70sheart throb and former teen idol. But these days David Cassidy is making more headlines for alleged drunk driving.

"David Cassidy was arrested in California - accused of driving under the influence. Police say they pulled him over for making an illegal turn - and smelled alcohol in the car." (Via News 12 Long Island)

"He failed a field sobriety test by blowing more than the legal limit. This is his third DUI arrest since 2010." (Via Fox News)

CNN reports Cassidy was pulled over in Los Angeles Friday evening. When officers stopped the former Partridge Family star they say he had a blood alcohol level of .19. He was hauled off to jail and released several hours later on $15,000 bail.

And as TMZ points out, "If this sounds like the same old song ... it is." He's been charged with this same offense twice before.

First, back in 2010 in Florida. At that time he was sentenced to a year's probation and his driver's license was suspended for six months.

Then again, just six months ago. The actor-singer was pulled over in New York and blew a .10 into a breathalyzer. His lawyers are still working out a plea deal for that offense.

The star's manager and publicist, Jo-Ann Geffen, told Entertainment Tonight, Cassidy had just completed a stint in rehab and was actually doing quite well. But did he crack under pressure?

Geffen said Cassidy was at a deposition in regards to a lawsuit he filed in 2011, claiming money is due to him from Partridge Family merchandise and home video. It was after that, Cassidy apparently relapsed.

Cassidy will now return to rehab at an undisclosed facility.