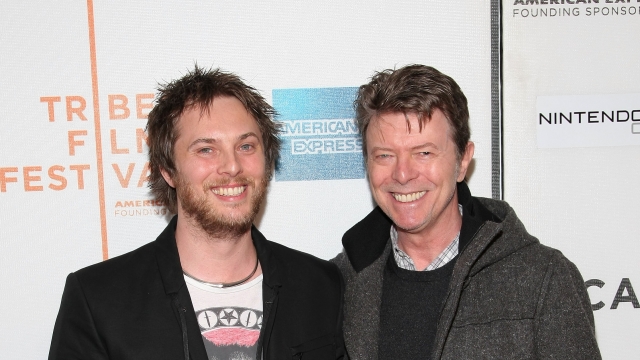 David Bowie's son announced Wednesday he and his wife are expecting a baby.

Bowie's son, film director Duncan Jones, tweeted the exciting announcement with an illustration of a fetus saying, "I'm waiting." He wrote in the post, "Circle of life. Love you, granddad."

Jones' big news comes just a month after his father's death. Bowie died of cancer in early January at age 69.

Jones' wife is photographer Rodene Jones. The couple is expecting their bundle of joy in June.