David Blaine Swallowed A Frog, But Who's Really Surprised Here? 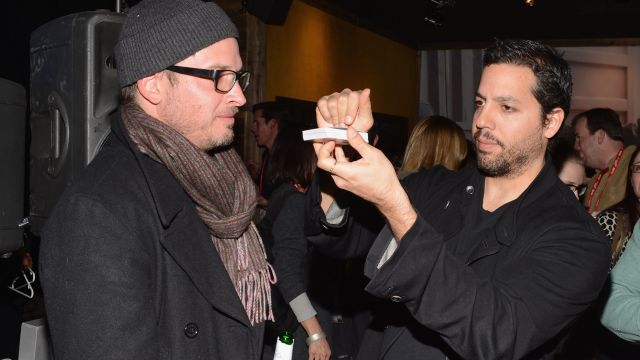 By Melissa Prax
August 3, 2016
David Blaine's latest stunt grossed out those at a Google retreat. But looking at his history, it probably shouldn't have.
SHOW TRANSCRIPT

You probably wouldn't want to see someone swallowing a frog right before your lunch break, but that's exactly what David Blaine reportedly did at a Google retreat.

But those attending Google's invite-only getaway shouldn't have been that surprised — Blaine has a history of doing pretty weird things. He is a magician, after all.

In his first public stunt in 1999, Blaine was buried alive for seven days. Some have even dubbed him a modern-day Houdini.

SEE MORE: Skydiver Jumps From A Plane Without A Parachute, Doesn't Go *Splat*

He's also done plenty of other Houdini-worthy stunts — like hanging inside a massive ice cube and facing continuous electric shock for three days.

The 43-year-old American also broke a world record for holding his breath for a really, really long time while on "Oprah."

Doing these really intense stunts have certainly granted him plenty of attention, but they have also put his health at risk.

In a trick where he hung upside down over New York City's Central Park, he was forced to take multiple breaks to check in with doctors.

Those breaks didn't go over too favorably with the audience, who boo'ed him.

When he hung inside the ice cube, he had to go to the hospital for fear of hypothermia.

But Blaine doesn't seem to be too worried about mishaps. He told the Telegraph he has "another decade before something goes wrong."