David Attenborough Speaks Out On Climate Change At UN Conference 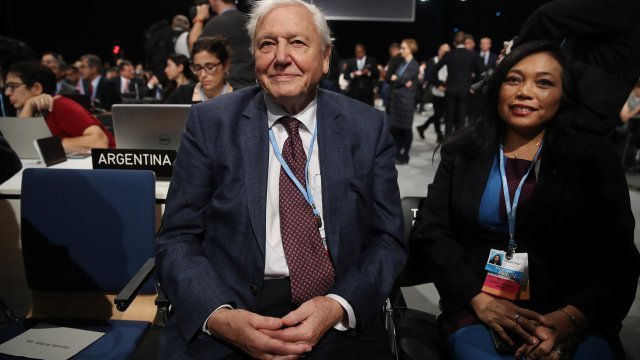 On Monday, Sir David Attenborough spoke to world leaders about climate change, saying that it had the potential to end civilizations and even much of the natural world as we know it.

Attenborough made these statements during the opening ceremony of the COP24, a United Nations-sponsored climate conference currently being held in Katowice, Poland. The acclaimed naturalist attended the ceremony as a voice for the public in a role known as the "People's Seat."

The goal of the conference is for world leaders to finalize guidelines for implementing the landmark Paris agreement.

During the opening stages of COP24, The World Bank Group announced it would donate $200 billion in support of countries fighting climate change.

The U.N. secretary-general said of this year's conference, "We cannot afford to fail in Katowice."