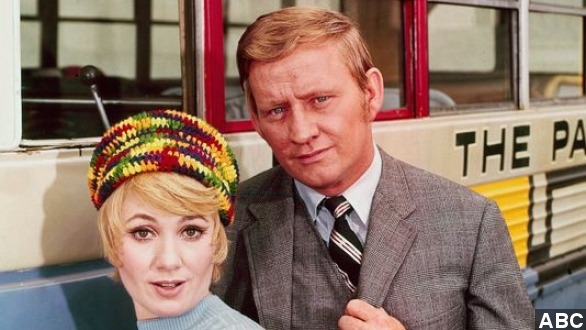 Madden's agent and his niece told reporters the TV star died of congestive heart failure and kidney failure at a hospice center in Jacksonville, Fla. (Via People)

Madden's character Reuben was the father-like figure of the musical Partridge family, who often tangled with the mischievous Danny Partridge, played by Danny Bonaduce. (Via ABC / "The Partridge Family")

Madden was a Canadian-born actor and former U.S. Air Force veteran who got his start on "Camp Runamuck" in the '60s. He later appeared on the shows "Alice," "Laugh-In," "Love Boat," "Happy Days" and many more. (Via NBC)

Bonaduce, 54, expressed his condolences on Twitter, saying of Madden, "He taught me to drive a car when I was 10. One of many great memories. I'll truly miss him." (Via Twitter / @TheDoochMan)

A post on the official website of David Cassidy, who played Keith Partridge, read, "David and all the staff at davidcassidy.com send their best wishes and prayers to Dave Madden’s wife Sandra and his family at this sad time." (Via DavidCassidy.com)

Madden is survived by his wife, Sandra, and two children from a previous marriage.