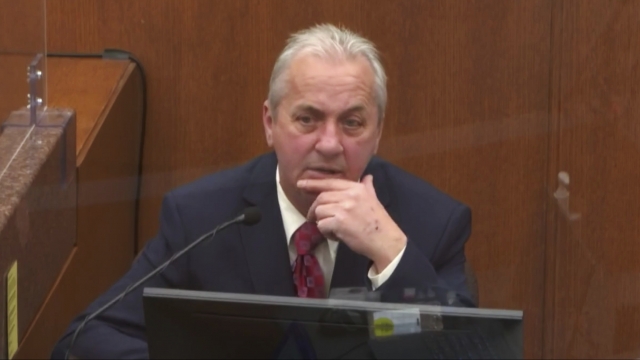 On day five of the Derek Chauvin murder trial, the jury heard from two Minneapolis police officers before the judge let the jury out early for Good Friday.

First, the jury heard from Sgt. Jon Edwards, one of three supervisors who arrived to the scene at 38th and Chicago to investigate outside the Cup Foods store. Sgt. Edwards testified that when he arrived to secure the scene, he told officers Kueng and Lane to turn on their body cameras.

“When I arrived there I was met by Officer Kueng first," Edwards said. "First thing I did was I told him, 'Hey, if your body-worn cameras not on, turn it on now.' He did. Officer Lane came out of the car several seconds afterwards — told the same thing to him.”

But even more powerful testimony came from homicide detective Lt. Richard Zimmerman, the most senior officer of the Minneapolis Police Department.

“Pulling him down to the ground facedown and putting your knee on a neck for that amount of time — It's just uncalled for," Zimmerman said.

Zimmerman was one of 14 officers who wrote an open letter last June condemning Derek Chauvin’s actions.