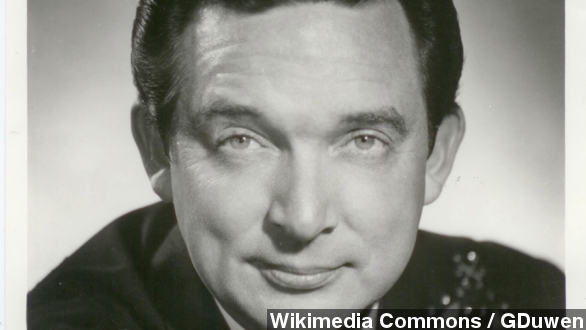 Country music legend Ray Price passed away Monday at the age of 87.

A Texas native, Price began singing for a local radio station in 1948. He formed his band The Cherokee Cowboys in 1953, and became famous for his 4/4 honky-tonk arrangements featuring a walking bassline, a style dubbed the "Ray Price Shuffle." (Via Grand Ole Opry, Country Music Hall of Fame)

During the '60s, Price started moving away from honky-tonk toward the lush instrumentation and smooth vocals of the Nashville sound. His Grammy-winning recording "For The Good Times" topped the charts and ushered in an era of success for Price. (Via WSMV)

Price continued to produce hits up to the 1990s, and he was inducted into the Country Music Hall of Fame in 1996. His latest album "Last of the Breed," a collaboration with Willie Nelson and Merle Haggard, was released in 2007. (Via CBS)

In November 2012, Price announced he was battling pancreatic cancer. The singer entered hospice care two weeks ago in the final stages of cancer, leaving his fans this parting message: "I am at peace. I love Jesus. I'm going to be just fine. Don't worry about me. I'll see you again one day." (Via Billboard)

Memorial arrangements for Price will be announced within the next few days. His final album, which Price finished recording in the last few months of his life, is tentatively scheduled for a 2014 release.