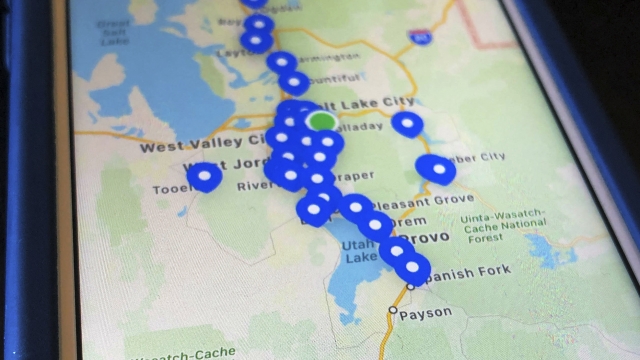 By Tyler Adkisson
May 7, 2020
Apple and Google make 99% of all smartphone software and could push tracing tech to most devices. But not everyone is willing to use it.
SHOW TRANSCRIPT

Cellphones contain all kinds of information about where we’ve been, what we’ve been doing, and who we have come into contact with. For anyone trying to trace the steps of someone infected with COVID-19, that data is a potential gold mine — so long as people allow their information to be used that way.

"This is very privacy-sensitive, but it could be argued that this is not necessarily as effective because it requires people to actively opt in." 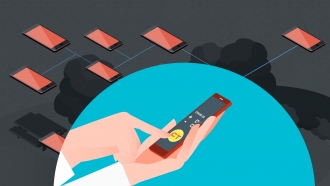 Dr. Kurt Rohloff says that while Apple and Google plan to embed the tech into their respective operating systems, it doesn’t guarantee universal adoption.

"You’re likely only going to get a small fraction of the population who is actively going to decide that they actually want to do this."

Last month, in a rare joint statement, Apple and Google announced plans to work together on contact tracing software to help track and alert potentially infected people — but first, enough people need to use their tech. In a recent episode of Newsy’s Virology series, Zach Toombs shows us how Bluetooth is key.

“Two strangers share the same park bench and have a brief conversation. Each of their phones have a contact tracing app that uses Bluetooth to record that the two devices have been near each other through unique identifying beacons.”

While it’s feasible to think tracing software could get to almost all smartphones, what’s not clear is how many people need to agree to use tracing tech for it to be effective. Researchers at the University of Oxford estimate that approximately 60% of a population would need to use a tracing app to stop an epidemic.

And, as it stands, the U.S would likely fall well below that adoption threshold. A Washington Post-University of Maryland poll found among Americans with smartphones, only about 40% said they were willing to use a contact tracing app, citing distrust of big tech companies. On top of that, roughly 20% of respondents did not own a smartphone.

Rohloff said one potential way to increase app use is for the U.S. to find a balance between privacy and technological surveillance that still assures protections.

"I really do firmly believe we can have our cake and eat it too, meaning that we can have privacy and have effectiveness through technological solutions.”

And speeding up the rollout of an adoptable and effective tracker may require consolidating ongoing efforts.

"Contact tracing is like vaccination — my sense is that it’s much more effective the more pervasive any one solution is."