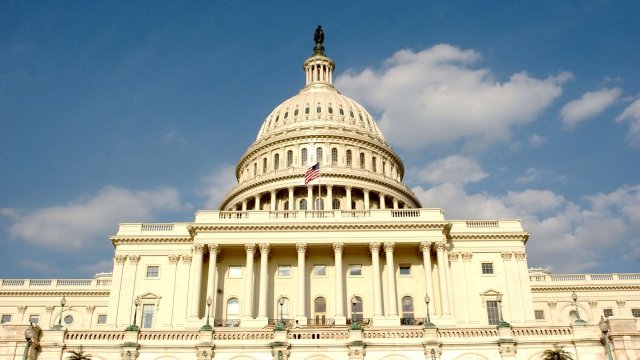 By Andrea Gonzales
September 14, 2018
The spending package would fund the government through Dec. 7 if the president signs it.
SHOW TRANSCRIPT

Lawmakers in the House and Senate agreed on a series of bills to fund the government until after the midterm elections. The package would avoid a government shutdown through Dec. 7 — if the president chooses to sign it.

The bipartisan deal would also delay a debate over funding for one of Trump's controversial campaign promises: the border wall.

Trump tweeted in late June, "I would be willing to 'shut down' government if the Democrats do not give us the votes for Border Security, which includes the Wall!"

Reuters reports a White House spokesperson wouldn't say whether Trump would go along with Congress’ plan, but they look forward to reviewing the legislation.

Congress runs out of money at the end of the fiscal year, making the deadline for a signature Oct. 1.