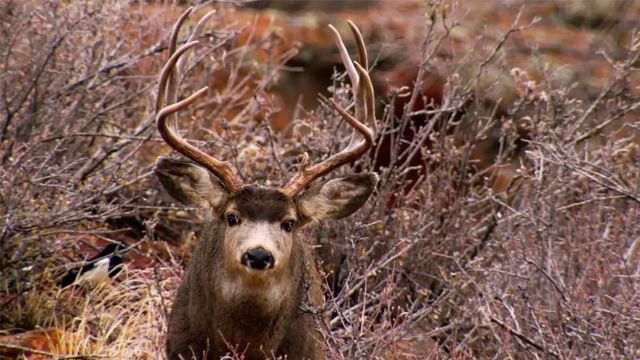 Colorado plans to kill one to two dozen mountain lions and black bears a year.

It's part of the state's Parks and Wildlife Commission's predator control plan to increase the mule-deer population in the northwestern Piceance Basin over the next three years.

And it comes with a price tag of about $4.5 million.

SEE MORE: The Balance Of Predators And Prey Comes Down To Math

It's estimated more than 400,000 mule deer live in Colorado. According to the commission's numbers, that's only about 78 percent of the target population.

But here's a stat that has Bambi-lovers scratching their heads.

But the commission says revenue isn't a driver of how many deer licenses the state issues and pointed to 2007 when Colorado cut deer licenses by 85 percent.

It also insists its research shows that natural predators, not humans, are keeping the mule deer population below the desired number of between 525,000 and 575,000 in the state.

In a letter to the commission, three Colorado State biologists wrote, "We find it surprising that CPW's own research clearly indicated that the most likely limiting factors for mule deer are food limitation, habitat loss and human-induced disturbance — not predators."

They say predator control is costly and ineffective and that the plan would be a waste of taxpayer dollars.