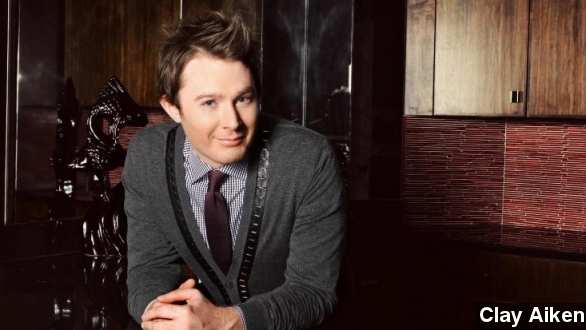 ​"American Idol" runner-up Clay Aiken might be swapping out his mic for a super PAC.  Speculation suggests he's making a run for Congress.

"Clay Aiken might be looking to get into politics. The 35-year-old singer is now putting a team together to run for Congress. The report says he has already got most of the staff together, and they are polling people across the state of North Carolina, where he is from, to see if they would vote for him." (Via KTRK)

Unnamed sources first talked with the Washington Blade. They said Aiken is in Washington with Democratic power players who plan to help him make a bid for a seat in the U.S. House of Representatives. The Blade continues:

"Although it's unclear when Aiken might formally announce a decision, the source said Aiken is 'actively considering' it and 'sounding and acting like a candidate.'" (Via Washington Blade)

And he might face a primary battle against former North Carolina Commerce Secretary Keith Crisco.

CBS News reports Crisco is expected to announce his bid next Monday. But the Blade's sources say Aiken's camp is betting his name recognition and personal wealth would give him better legs in the political race.

Several media outlets note the former American Idol also boasts a diverse background and is no stranger to the congressional floor.

MSNBC said after coming out as gay in 2008, he took a role in "LGBT activism and has spoken to Congress to urge them to pass bills that would protect LGBT students from bullying."

"American Idol put the microphone in my hands so I could sing, but I think it's important to use that same microphone to talk about things that are important to me and to the world." (Via clayaiken.com)

We'll know soon enough if Aiken's serious. Congressional candidates running in the May 6 primary must file their campaign paperwork by Feb. 28.