Christian Bale Wanted To Be A Better Batman 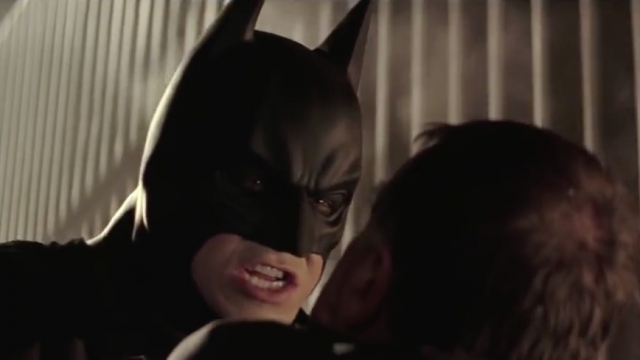 The Dark Knight himself rose to the occasion to critique his own acting: Christian Bale recently admitted he wasn't exactly thrilled with his performance as Batman.

"Batman. He's just this very, very dark, twisted character. I found when I put on the suit, I just feel like a bloody idiot," Bale said.

Bale is so serious, he thinks he didn't quite nail his role as the caped crusader because of Heath Ledger. Bale said Ledger's performance as the Joker was so much more turned up and interesting, which somehow ruined Bale's acting plans.

It seems fans were still very into his performance. "The Dark Knight" trilogy grossed more than $1 billion at the domestic box office. And perhaps more baffling than those numbers is the ultra-baritone voice Bale used that still haunts audiences.

Now Bale is instilling more confidence in Ben Affleck, who will star as Batman in the upcoming "Batman v Superman: Dawn of Justice." Bale said the trailers are "looking great," and we won't fight that.

This video includes footage from Warner Bros. and images from Getty Images.