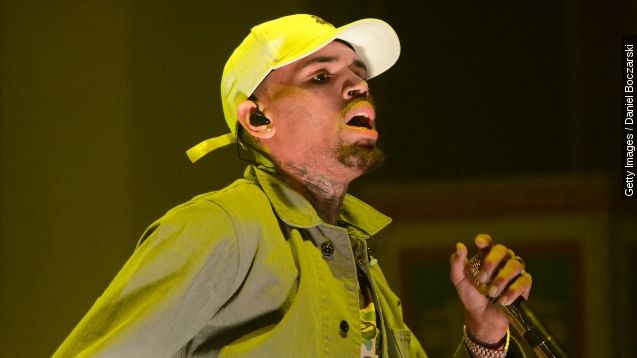 Las Vegas police are investigating Brown after a woman said she attended a private party with the singer at the Palms Hotel. She says she sneaked her phone past his security team and tried to take a picture of him. That's when, according to the woman, Brown allegedly punched her.

Brown is vehemently denying the allegations. His representative said the accusations were "unequivocally untrue" and "retaliation for a bruised ego."

He also posted a photo to Instagram late Saturday night with a caption about filing lawsuits against "these crazy individuals who keep lying on my name."

In May, Brown was accused of punching a man after a basketball game at the same hotel.

And in 2009, Brown pleaded guilty to assaulting his then-girlfriend Rihanna. He was sentenced to more than four months in jail.

Police are investigating Brown for misdemeanor theft and misdemeanor battery in this latest incident.