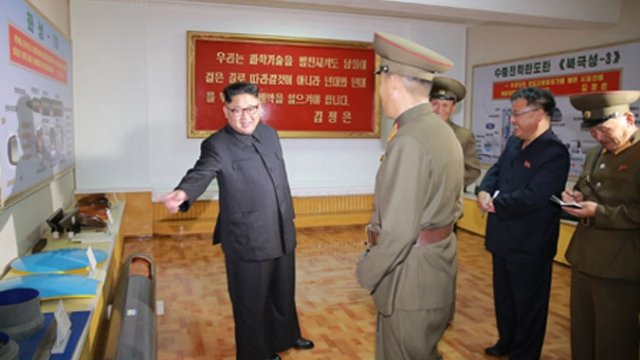 China is pushing back against recent U.S. sanctions relating to North Korea's missile and nuclear programs.

A spokeswoman for China's Foreign Ministry said China "opposes the unilateral sanctions ... especially the 'long-arm jurisdiction'" of the U.S. punishing Chinese people and companies based on U.S. law.

China is one of North Korea's only allies and makes up a huge portion of the country's trade. Despite China's opposition to the most recent sanctions, it recently announced it would cut off a number of North Korean imports.

But that hasn't seemed to stop North Korean leader Kim Jong-un from forging ahead with the country's weapons development program.

A solid-fuel missile, according to an expert, is "much easier to put into action" and "much harder to catch before it launches" because, by design, it's always fueled and ready to launch.

A different photo shows what experts say looks like a wound-filament rocket casing, something that can add hundreds of miles to a missile's range due to its lighter weight. 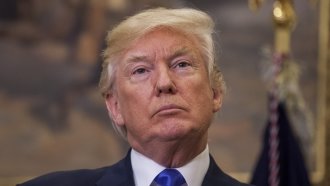 Trump Tells Guam Amid North Korea Tensions: 'You Are Safe'

And rising tensions with the U.S. have given Kim an incentive to double down on pursuing nuclear capability. After the U.S. ousted Libyan leader Moammar Gadhafi following his agreement to shut down the country's nuclear program, the Kim regime likely views nuclear deterrence as its main survival strategy.

Correction: A previous version of this story said the U.S. sanctioned six Chinese companies accused of supporting North Korea's weapons program. The companies were accused of doing business with North Korea in ways that may have supported the country's missile program.