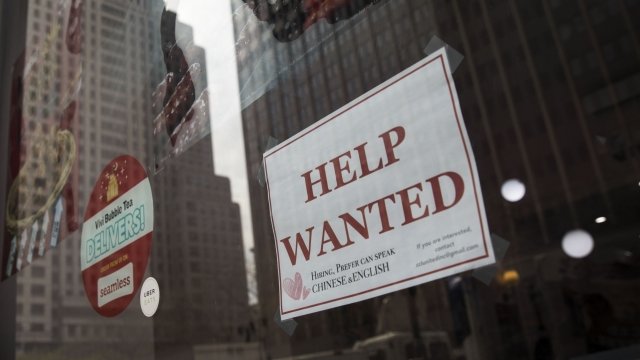 By Cristina Mutchler
September 12, 2018
New data from the U.S. Census Bureau shows that the poverty rate declined for the third year in a row.
SHOW TRANSCRIPT

The U.S. Census Bureau reports the median income level rose to $61,400 in 2017. That's a 1.8 percent increase from the year before, and the third straight year it went up.

The poverty rate also declined for the third consecutive year, down to 12.3 percent in 2017.

There was no significant change to the number of Americans without health insurance, which held steady at about 28.5 million.

The report provides a financial snapshot of the average U.S. middle class family. Economists say the improving income and poverty trends appear to be a positive sign, likely stemming from economic growth and low unemployment rates a decade after the 2008 financial crisis.

The Census Bureau's analysis comes after a Labor Department report signaling that job openings hit a record high in July with almost 7 million.