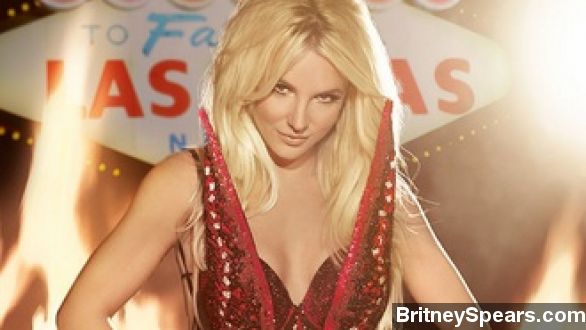 ​Britney Spears is back — the 32-year-old star kicked off her Las Vegas “Piece of Me” show at Planet Hollywood Resort & Casino Friday night, and in case you missed it, ABC has a clip.

SPEARS: “It’s getting late to give you up.”

And several stars came out to support Spears’ first performance, including Miley Cyrus, Selena Gomez, Adam Lambert and Mario Lopez, who made it on stage for a song. (Via Instagram / derekrichardd, Twitter / @MarioLopezExtra)

Katy Perry was also there among the 4,500 person audience enjoying classics like “Toxic” and “...Baby One More Time.” (Via TMZ)

The performance, which is the first of 100 shows scheduled for 2014 and 2015, actually received mostly positive reviews.

A writer for MTV says, “What ultimately felt like a greatest hits marathon — with plenty of glitter on top — is sure to please the die-hards, and even those who have never shelled out money for a Spears album are likely find themselves singing right along.”

Celebuzz gave a list of the show’s pros and cons, saying it had an amazing set list but she’s probably not singing all of it, that her dancing is a little rough and that unless you’re sitting in premium seats you won’t see Britney close up.

Spears though seemed thrilled with the show tweeting, “That was AMAZING! I <3 you Vegas!!!” and tweeted thanks to some of those who came to the show. (Via Twitter / @britneyspears)

Not a bad start to what some outlets call the star’s early retirement. Spears ended the concert, of course, with her 2011 song “Till the World Ends.”