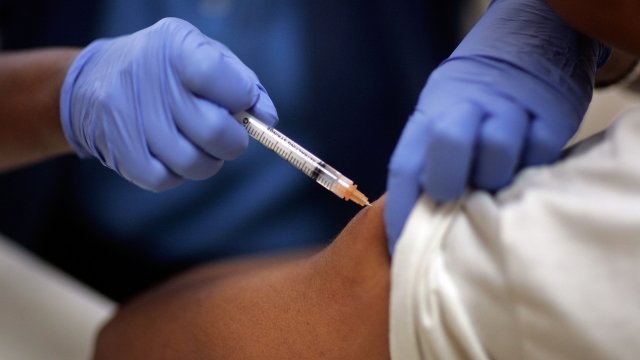 SMS
CDC Investigating Nearly 300 Cases Of Polio-Like Illness
By Audrey Esther
By Audrey Esther
November 26, 2018
As of Friday, the CDC says there are 116 confirmed cases of AFM in 31 states.
SHOW TRANSCRIPT

The CDC is investigating nearly 300 reports of people in the U.S. who may have a rare polio-like illness.

Of those patients, 116 in 31 states are confirmed to have acute flaccid myelitis, or AFM.

Colorado has the highest number of confirmed cases with 15, followed by Texas with 14.

AFM is a neurological condition that targets the spinal cord. It can cause weakness in the limbs, paralysis and even death. The CDC says it doesn't know what causes or triggers most AFM cases, but getting regular vaccinations and washing hands may reduce the chances of getting it.

Since 2014, more than 90 percent of patients with AFM have been children, and the majority of them had a viral illness shortly before they developed the disease.