Can You Train Your Brain To Eat Healthy? 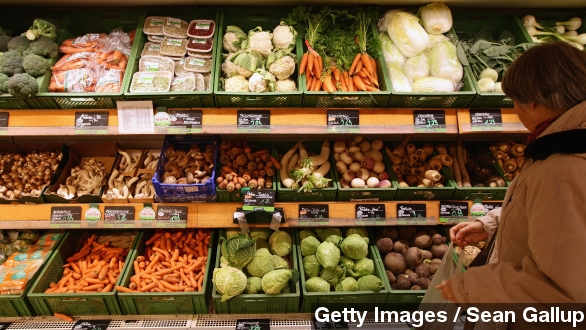 SMS
Can You Train Your Brain To Eat Healthy?
By Amy Kluber
By Amy Kluber
September 1, 2014
New research says if you condition yourself to eat healthy foods, eventually you'll crave them instead of junk food.
SHOW TRANSCRIPT

If only kale tasted like Oreos, right? Well, new research says you might be able to train your brain to eventually crave the healthy foods you don't like.

According to a study published in the journal Nutrition & Diabetes, a solution might be conditioning and an increased consumption of low-calorie, high-fiber foods. You could eventually be searching for more spinach and fewer sweets. (Video via Allrecipes)

Researchers looked at the brain activity of overweight individuals, some of whom underwent a diet program that included behavioral intervention. After six months, the researchers say those in the diet program responded more positively when shown photos of low caloric foods than those not in the program.

As the study's author explains in a news release: "We don't start out in life loving French fries and hating, for example, whole wheat pasta. ... This conditioning happens over time in response to eating – repeatedly! - what is out there in the toxic food environment."

This idea of training your brain has been explored before. One other recent study suggests even portion control plays a large part in changing eating habits.

One medical expert equates junk food to drugs. She tells CBS the simple carbohydrates in processed foods trigger the same pleasure center in the brain as cocaine and heroine, causing you to come back for more.

The authors also say this conditioning would be more beneficial than, say, gastric bypass surgery, which causes people to eat less food in general rather than learn to love healthy food. (Video via Mayo Clinic)

So, the good news is, it seems you may be able to kick unhealthy cravings to the curb. But scientists warn this study is small — just 13 participants. They also don't know if the same effects would be observed in the long-term.