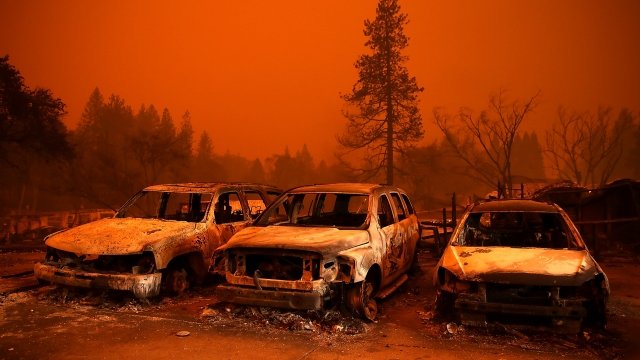 The deadliest wildfire in California history is almost fully surrounded. Cal Fire reports the Camp Fire is 90 percent contained as of Thursday.

Officials discovered two more bodies Wednesday, bringing the death toll up to 83 people. The fire has scorched more than 153,000 acres and destroyed more than 18,600 structures.

The Butte County Sheriff's Office says the number of missing people has dropped by over 300 as of Wednesday and now stands at 563.

Rainfall and possible mudslides could make it hard for firefighters and search teams to do their jobs on Thursday. The Butte County Sheriff-coroner told NBC News that the rain makes it more difficult to search though ash and debris.

At the southern end of the state, fire crews have been able to fully contain the Woolsey Fire. That fire killed three people, burned nearly 97,000 acres and destroyed 1,500 structures.