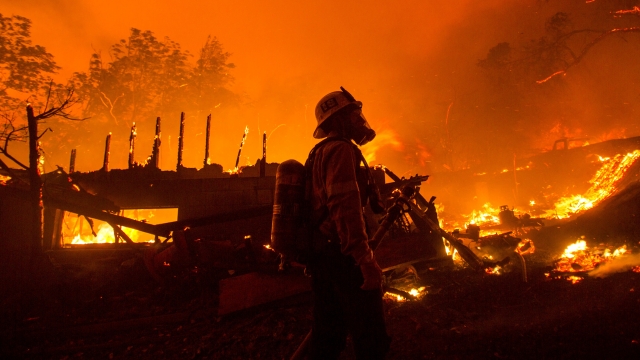 In California, a massive brush fire has burned more than 10,000 acres north of Los Angeles, prompting evacuations and road closures around the Angeles National Forest.

Officials warn that high temperatures and low humidity will create the "recipe for rapid fire growth" in the mountains and Antelope Valley.

So far, more than 500 firefighters and 20 strike teams have responded to the blaze but it currently has 0% containment.