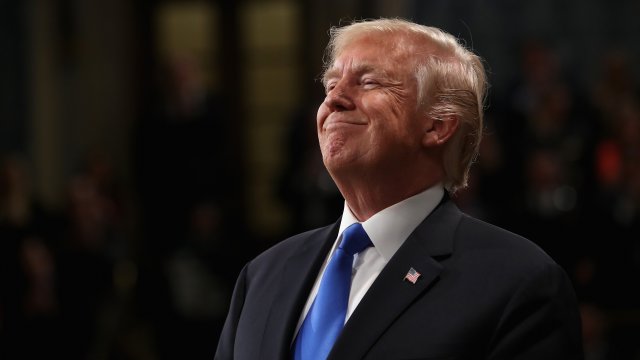 SMS
California Supreme Court Strikes Down Presidential Tax Return Law
By Alec Larson
By Alec Larson
November 21, 2019
​The GOP and Republican voters challenged the law, which would force presidential candidates to share their tax returns to get on primary ballots.
SHOW TRANSCRIPT

The California Supreme Court has unanimously ruled that a new state law requiring presidential candidates to release their tax returns in order to get on the ballot is invalid.

This is a victory for President Donald Trump, who has faced calls to release his tax returns since he was just a candidate. Earlier this month, an appeals court denied a request to block his accounting firm from turning over his financial documents to the House of Representatives.

In the opinion, Chief Justice Tani Gorre Cantil-Sakauye wrote the California law "is in conflict with the Constitution's specification of an inclusive open presidential primary ballot."

California Gov. Gavin Newsom signed the Presidential Tax Transparency and Accountability Act in July. It requires candidates for California governor or the presidency to release their most recent five years of IRS returns at least 98 days before a primary election.

A federal judge in California previously blocked the law on constitutional grounds and said such a rule could set a dangerous precedent.