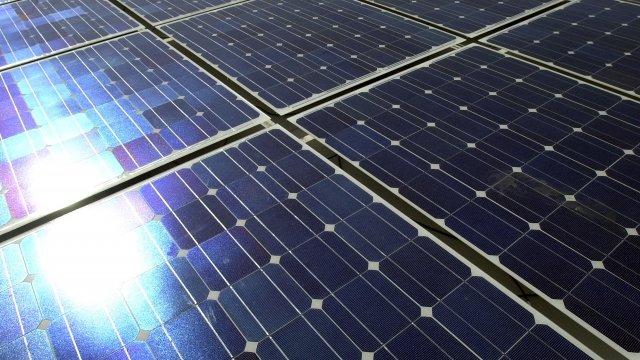 By Cristina Mutchler
December 6, 2018
The state's Building Standards Commission voted to approve the housing rule, which is set to take effect in 2020.
SHOW TRANSCRIPT

California can now officially require solar panels to be built on most new homes.

The state's Building Standards Commission voted unanimously Wednesday to give final approval on the renewable energy housing rule, which is the first of its kind in the U.S.

The regulations will apply to homes built in 2020 or later, though there are some exceptions for houses that are mostly shaded from the sun.

Officials say the costs associated with mandating solar panels will tack on about $10,000 to the price of building a new home. But the panels, along with other energy efficient updates, should save homeowners about $19,000 in energy costs over a span of three decades.

While the change is expected to help bring solar energy further mainstream, some experts say the added costs could contribute to the state's affordable housing crisis.

As one of the world's biggest economies, California's been a leader in its commitment to energy efficiency. Earlier this year, legislators voted to approve a new policy that aims to see the state getting all of its electricity from carbon-free sources by 2045.