California Agrees To Pause Implementation Of Its Net Neutrality Law 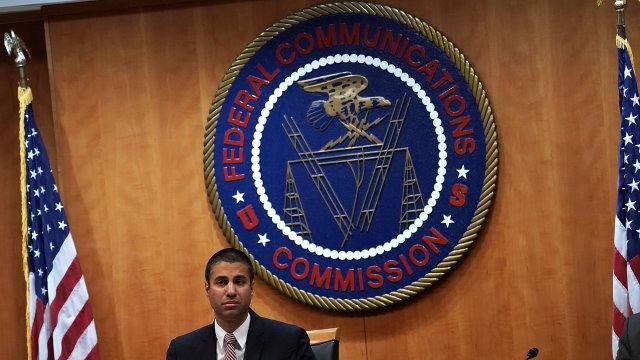 California has agreed not to enforce its net neutrality law -- for now.

The state struck a temporary deal with the Justice Department that says it won't implement new internet access regulations until a lawsuit challenging the FCC's net neutrality repeal is resolved.

In September, California Gov. Jerry Brown signed a bill to establish state-wide net neutrality requirements for internet service providers. It's similar to the federal rules the FCC rolled back earlier this year. It bans interfering with internet speeds, intentionally blocking content and selectively choosing what content applies to data limits.

Immediately after the bill was signed, the Department of Justice filed a lawsuit to block it, arguing that only federal law, not state, can regulate internet access.

California's regulations will now be delayed while a separate lawsuit brought against the federal government by 22 states and the District of Columbia makes its way through the D.C. Appeals Court.

The law was set to take effect in January.