Cal Fire Reportedly Running Out Of Money To Battle Flames 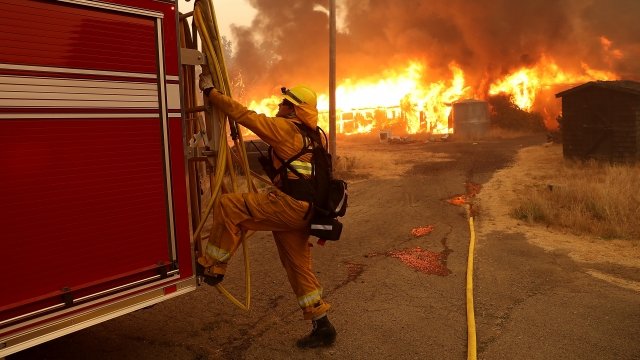 Cal Fire is reportedly asking for additional funds as the state battles some of the largest wildfires in California history.

The agency is only two months into the fiscal year and has already used up the majority of its budget.

Multiple outlets report Cal Fire is asking for an additional $234 million. In a letter to lawmakers, the agency's director said it only has about $11 million left, since it's already spent the majority of its $443 million budget.

Crews are currently battling over a dozen fires across California, one of which is the largest in the state's modern history. The record-breaking Mendocino Complex fire is made up of two separate blazes that have collectively burned almost 460,000 acres.

On Thursday, the California Insurance Department said residents and business owners have filed more than $845 million in insured losses from the Mendocino Complex and Carr fires.

State records show a majority of California's most destructive wildfires happened after the start of September. Insurance Commissioner Dave Jones warned, "The worst fires for 2018 may still be ahead of us."