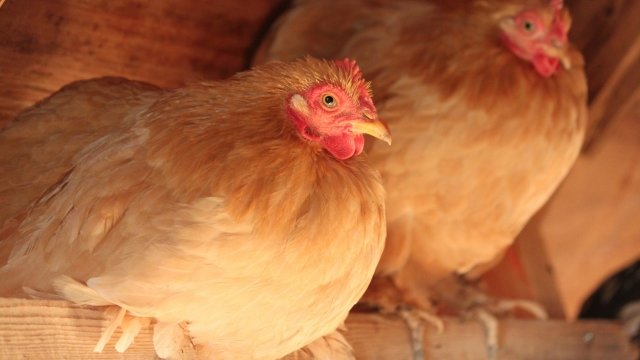 SMS
Californians To Vote On Making Egg-Laying Hens Cage-Free By 2022
By Ahmed Jawadi
By Ahmed Jawadi
October 8, 2018
​Prop 12 also seeks to ban all veal, pork and eggs sales in the state unless the animals are raised in more open spaces.
SHOW TRANSCRIPT

Californians will soon vote on whether certain farm animals bred for food should have more space to roam in their cages.

The Farm Animal Confinement Initiative, better known as Proposition 12, would ban the sale of veal, pork and eggs in California from both in and out-of-state farmers unless the animals are raised in more open environments.

The Humane Society said Prop 12 is an update of sorts to 2008's Prop 2, which was similar but didn't specify space requirements and only applied to in-state producers. Proponents argue Prop 12 is not only more humane, but could also reduce the risk of illnesses like salmonella.

Opponents, though, argue the measure could lead to higher prices and supply shortages for products like eggs and pork. It would also likely cost farmers more money to remodel their facilities to meet the new standards, and could cost the state millions of dollars annually to enforce.

Prop 12 will be on California's ballot this November.