Machines Will Handle More Workplace Tasks Than People By 2025 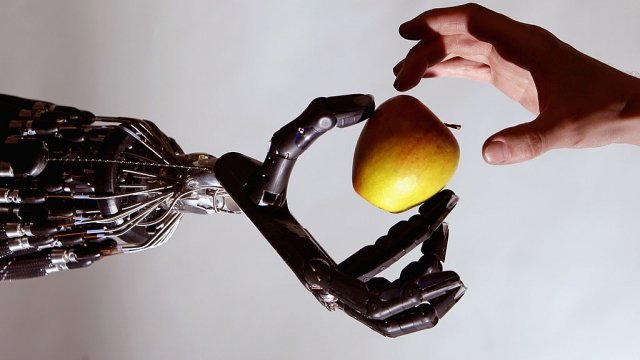 SMS
Machines Will Handle More Workplace Tasks Than People By 2025

By Cristina Mutchler
September 17, 2018
A new report from the World Economic Forum says that's compared to the 71 percent of work tasks that humans are responsible for today.
SHOW TRANSCRIPT

A new report from the World Economic Forum suggests the way people and robots work alongside one another in the workplace will change dramatically in the near future.

The WEF predicts that the rise of robotics will result in machines performing more tasks on the job than humans by 2025. It also estimates that while that trend could displace 75 million jobs globally by 2022, it'll create 133 million new positions.

Researchers working on "The Future of Jobs 2018" report surveyed executives from different industries around the world, aiming to get a look at how new technologies, like artificial intelligence, will affect the global labor force.

They expect that some routine-based human-held positions will become non-essential in the future, like data entry or payroll clerks. Roles that rely on human skills, like sales, marketing and scientific-based positions, will likely see an increase in demand.

The report calls on businesses and government leaders around the world to create a support system for their employees and ensure a smooth transition as the workforce evolves.