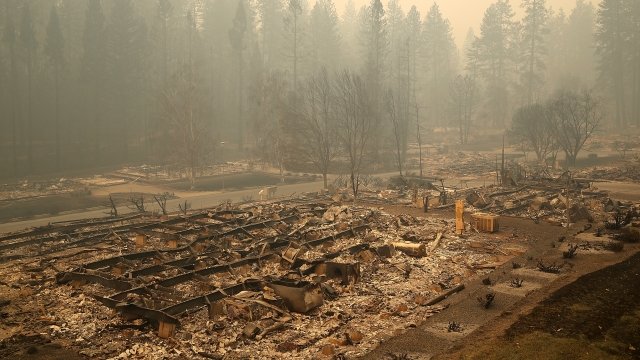 By Katie Cammarata
December 4, 2018
The Butte County Sheriff’s Office said the number of victims decreased from 88 to 85 after DNA tests showed the remains were the same person.
SHOW TRANSCRIPT

Authorities in Butte County, California, have revised the death toll from the devastating Camp Fire.

Originally, the Butte County Sheriff’s Office reported the blaze had killed 88 people, but it issued a press release Monday evening correcting that number.

Officials say the number of victims decreased to 85 after DNA tests showed the remains were the same person. So far, 43 of the deceased have been positively identified, while 39 have been tentatively identified.

The number of people missing has also dropped to 11 as the sheriff’s office continues to account for survivors. That's just under half the number officials reported on Saturday.

Residents started to head home Sunday as some evacuation orders were lifted. The public was allowed access to those areas on Monday.