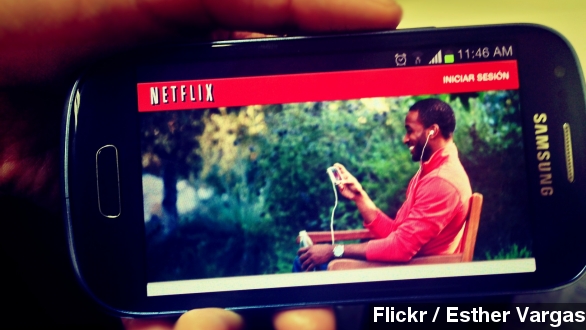 After an ominous court ruling last week, Netflix announced record gains Thursday and predicted a banner year in 2014. But it could be the company's customers who are picking up the tab.

In a letter to investors, CEO Reed Hastings said Netflix had its largest quarterly gain in subscribers in three years, news that drove the company's stock to record heights.

But Hastings also said the company is considering raising prices — even though the last price increase in 2011 cost the company hundreds of thousands of subscribers.

​According to The Huffington Post, Hastings says he's confident things will go more smoothly than in 2011, citing an experimental price hike in Ireland that didn't cause much outrage.

Plus he added that most "existing members would get generous grandfathering of their existing plans and prices."

The announcement comes a week after a change in net neutrality law that could seriously hurt Netflix going forward.

A court ruling lets Internet service providers charge more for quick, high-quality streaming, and as a result, USA Today says Netflix and its competitors could be forced to pay up to $100 million more to providers. CNBC analyst Michael Pachter thinks the providers won't hesitate.

"Squeezing the data transmitter is easy, it's now legal, and I think you're going to see the ISPs do it. They wouldn't have lobbied the last 10 years against these rules if they didn't intend to do so."

But a writer for The Atlantic thinks Netflix could come out on top, saying, "If the company refuses to pay ... and their video service declines, millions of people will notice and blame their Internet providers (who have horrible customers service reputations)."

No announcement yet on how much of a price change Netflix customers will see, but the company says it might be as little as an extra dollar per month.