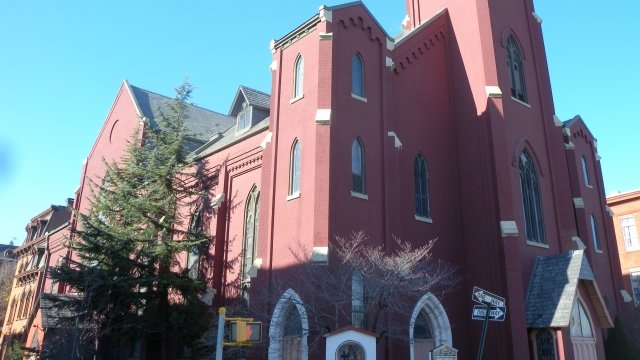 The Catholic Diocese of Brooklyn and Queens agreed to a $27.5 million settlement to four men who were repeatedly sexually abused by a religion teacher.

The four men attended St. Lucy's-St. Patrick's Church in Brooklyn, New York when they were between the ages of eight and 12. According to the settlement, the abuse took place inside the church and at the teacher's apartment, which was located behind the church. The teacher was arrested in 2009 and pleaded guilty to first-degree sexual conduct charges.

Lawyers say the diocese and an affiliated after-school program will pay each each man $6,875,000, making it one of the largest settlements ever awarded to individual abuse survivors within the Catholic Church.

Lawyers for the men say that priests in the church either knew or should have known the teacher was abusing children. Earlier this month, New York's Attorney General launched an investigation into all eight of the state's dioceses. As part of that investigation, they'll review whether church officials covered up allegations of abuse.