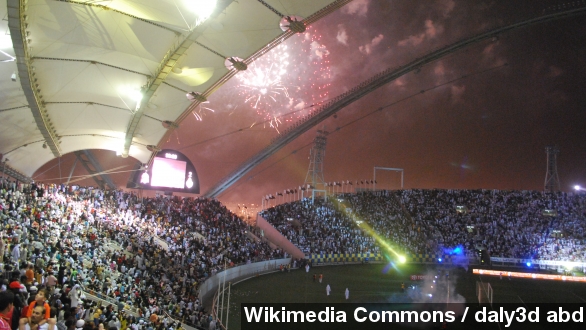 A report by The Sunday Times details extensive corruption in the 2010 vote that selected Qatar to host the 2022 tournament. Now, FIFA has launched a new investigation into claims that its members were bribed. (Via The Sunday Times)

The man at the center of the controversy is Qatari businessman and former Asian Football Confederation president Mohammed bin Hammam, who allegedly paid as much as $5 million in bribes to officials to convince them to choose Qatar as host. (Via Wikipedia / Kolocheirani)

The investigation into the corruption allegations has also led to calls for FIFA to rerun the entire selection process and choose a different host country.

ABC News has suggested that the U.S. could get another go at hosting the World Cup, after failed bids for both the 2018 and 2022 tournaments.

And British Prime Minister David Cameron has spoken out about his displeasure with the original selection process and his support for the investigation.

​"My memories of that bidding process are, as I said earlier, not happy memories in terms of the way the whole thing was arranged and the role of FIFA, but let's let the inquiry take place." (Via BBC)

But FIFA and its president Sepp Blatter have weathered corruption allegations in the past, and some experts say the chances of a revote are slim. (Via Wikimedia Commons / Marcello Casal Jr.)

"FIFA does as FIFA likes. It's the most strange and bizarre governing body in world sport and I wouldn't be surprised if somehow they try to brazen their way through this." (Via NBC Sports)

The bribery scandal comes after a report by The Guardian sparked outcry over the working conditions of laborers in Qatar, hundreds of whom are reported to have died while constructing sites for the tournament.

The results of FIFA's investigation are set to be published in July, after this year's World Cup wraps up in Brazil.