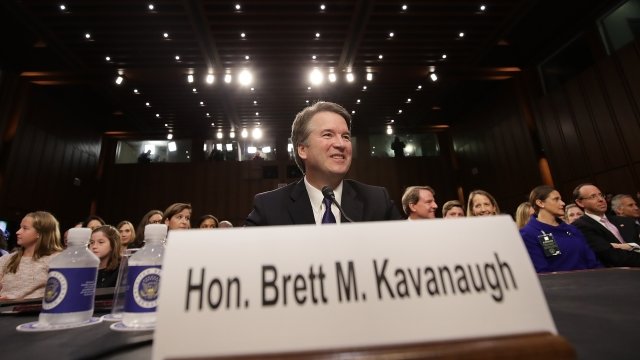 Kavanaugh was less than forthcoming when Democratic Sen. Kamala Harris asked whether he believed the Supreme Court case that legalized same-sex marriage was correctly decided.

Kavanaugh declined to give his opinion, saying all of the eight sitting Supreme Court Justices have done the same when asked about gay marriage.

Kavanaugh’s sidestepping is troubling for many gay rights activists who are worries that a more conservative Supreme Court could overturn landmark rulings protecting the LGBTQ community -- including the 2015 decision that legalized gay marriage.

Chad Griffin, President of The Human Rights Campaign, the largest LGBTQ civil rights group in America, said in a statement that Kavanaugh’s response was “unacceptable.”

“The Obergefell decision is settled law. If this nominee cannot so much as affirm that or the fundamental equality of LGBTQ people and our families, he should not and must not be granted a lifetime appointment to our nation’s highest court,” he said.

Sarah Kate Ellis, President and CEO of GLAAD tweeted “With the world watching, Kavanaugh refused to tell LGBTQ Americans that we deserve equal protections under the law and Congress should take action before appointing him to a lifetime position where he will no doubt work to undermine our basic rights to liberty and justice.” 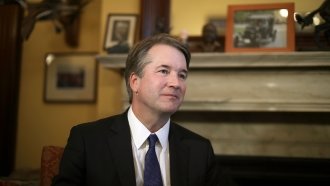 Democratic Sen. Cory Booker asked Kavanaugh whether or not it would be legally acceptable for an employer to fire a worker for being gay. Kavanaugh said he didn’t want to weigh in because there are court cases pending in the states dealing with this issue.

But not every LGBTQ rights group blasted Kavanaugh. In a statement to Newsy, Gregory T. Angelo, President of Log Cabin Republicans, a gay rights organization for conservatives, said “A Supreme Court nominee who declares ‘the days of discrimination against gay and lesbian Americans are over’ is someone every LGBT American should celebrate — without exception. Even Ruth Bader Ginsburg refused to make such an assertion during her hearings, and she was confirmed 96-3.”

But it wasn’t just gay rights. Kavanaugh didn’t really get into specifics about his thoughts on a number of hot button issues including abortion, gun laws, and presidential authority.

Still, Kavanaugh is expected to make it to the Supreme Court bench. Republicans have a majority in the Senate and it’s unlikely any of them will side with Democrats to vote against Kavanaugh’s confirmation.