Box Office Top 3: 'Kung Fu Panda 3' Is A Solid Entry In The Franchise 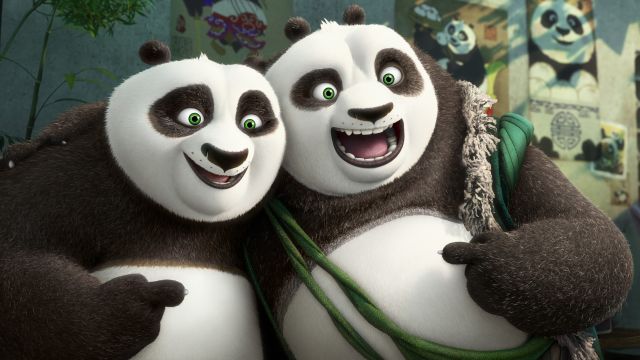 In general, I'm against animated trilogies. But every once in awhile, somebody manages to get it right three different times.

Taking the No. 1 spot at the box office in commanding fashion is "Kung Fu Panda 3," bringing in an estimated $41 million. While $41 million is the worst opening in the trilogy, it's still a solid showing for January.

Behind "American Sniper" and Kevin Hart's original "Ride Along," "Kung Fu Panda 3" is the third best January opening ever.

And even with such a solid opening in the States, "Kung Fu Panda 3" saw its best numbers in China, where the film reportedly brought in $57 million in its debut.

But what's more impressive than all of that is it's actually a solid movie.

"Kung Fu Panda 3 definitely feels like the end of a trilogy and wraps up the dragon warrior's story in a complete and satisfying way," IGN's Max Nicholson said.

"Emotionally profound and very moving without trying too hard to be," Christy Lemire said on "What the Flick?!"

To be clear, the trilogy isn't getting "Toy Story"-level praise, but it does have a great track record.

All three of Po's animated feature films are above the 80 percent mark on Rotten Tomatoes.

The next two spots on the list are more of the same. "The Revenant" held on to second place for the third time since its release, bringing in an estimated $12 million and pushing the Oscar heavyweight to a $274 million worldwide total.

And at No. 3, old faithful, bringing in an estimated $10.7 million. "Star Wars: The Force Awakens" has managed to stay in the top three for seven consecutive weeks, bringing its domestic gross to a staggering $895 million and its worldwide gross to $1.9 billion. Not bad, guys.