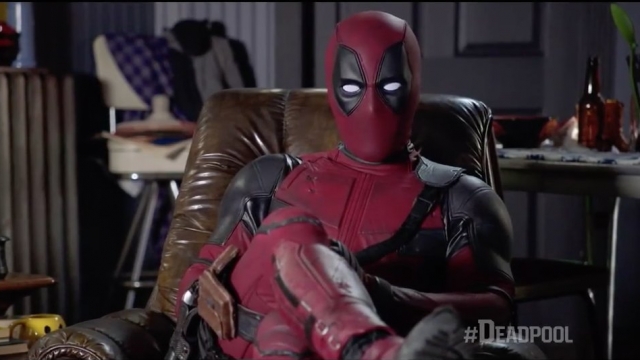 SMS
Box Office Top 3: 'Deadpool' Wins Again But Loses Steam
By Ryan Biek
By Ryan Biek
February 28, 2016
"Deadpool" is No. 1 this weekend, but its projected earnings are roughly $25 million short of what it earned last weekend.
SHOW TRANSCRIPT

"Deadpool" is keeping the punches coming, once again topping the box office charts.

It could be one of the final weekends at the top for the "Merc with a Mouth," though, as it's losing steam. The film is projected to earn around $31 million over the weekend, down from $56 million the weekend before.

Don't let the slowdown fool you, though. After already making headlines for its success against other superhero flicks despite its R-rating, now "Deadpool" sits in third place for R-rated films in general.

"Deadpool" passed "The Hangover" and "The Matrix Reloaded" this weekend but has about $65 million to go if it wants to catch "American Sniper."

Overall, the weekend has been pretty slow in terms of ticket sales — which may be one reason the year's first big-budget flop flopped so hard.

Only 13 percent of Rotten Tomatoes' approved critics gave the film positive marks, although 49 percent of regular viewers admitted to liking it.

Online outrage over the predominantly white cast in  "Gods of Egypt" could be part of the reason why the mega-expensive film probably won't be a mega-blockbuster.

Coming in at No. 3: "Kung Fu Panda 3." The animated movie brought in $9 million this weekend.

As for next week, Gerard Butler has a chance at redemption with "London Has Fallen." That sequel hits theaters March 4.