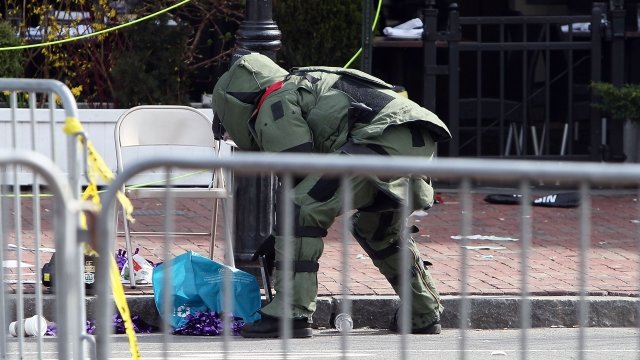 By Caitlin Baldwin
December 28, 2018
The 2013 bombings killed three people and injured more than 260 others.
SHOW TRANSCRIPT

Lawyers for the Boston Marathon bomber are asking for their client's conviction and sentence to be overturned and for him to receive a new trial.

The legal team filed the brief in the 1st U.S. District Court of Appeals on Thursday.

In it, lawyers for Dzhokhar Tsarnaev say his case should have never been tried in Boston, arguing the Boston Strong movement and national media coverage of the attack swayed jurors. His lawyers repeatedly requested the trial be moved out of the city but were denied.

A jury unanimously sentenced Tsarnaev to death in 2015 after he was convicted on dozens of federal counts related to the 2013 Boston Marathon bombing. The bombing killed three people and injured more than 260 others.

His attorneys also argue that, while Tsarnaev admitted to carrying out the attack, he never would have done it if it weren't for his brother's influence. Tsarnaev's brother died after a gunfight with police following the bombing, and the defense team has argued that he was the mastermind in the attack.