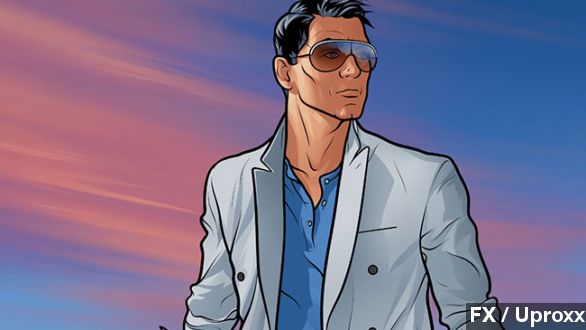 But the agents at ISIS are clearly entering the "Danger Zone" this season, although maybe not as blatantly as this promo suggests. (Via FX Networks)

In an exclusive interview with Uproxx, the show's executive producer Matt Thompson promised a "radical departure" in which the government shuts down ISIS and the agents decide to go into the — wait for it — cocaine business.

Sound like a "Breaking Bad"-type twist of fate? Of course it does. The change was partly inspired by that hit show. (Via Metro)

And also reportedly because the show's sole writer, Adam Reed — who also happens to be its creator and voice of agent Ray Gillette — got bored. Yep, bored. (Via The Atlantic)

And that boredom resulted in a group of mostly good-guy spies discovering they happen to have one ton of cocaine in their possession, then making the natural progression to trying to sell it, hoping to become insanely rich, and, of course, retiring. We'll see if it plays out like that.

And if that promised plot line doesn't entice viewers, maybe this will — or won't. Wednesday, The Onion's A.V. Club reported the team behind "Archer" posted "nude" photos of the show's characters on Reddit. Specifically on a subreddit for exhibitionists.