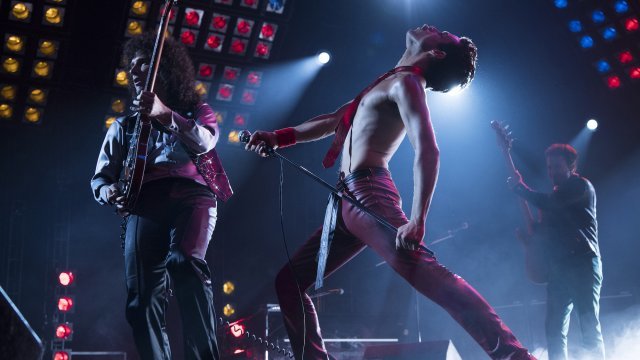 Dominating the box office on this crowded weekend of new releases is "Bohemian Rhapsody" bringing in an estimated $50 million in its first weekend out. That's a good debut for most films (especially ones with no superheroes) but that is a great debut for a biopic.

It's actually the second best domestic debut for a musical biopic behind 2015's "Straight Outta Compton" which had a $60 million debut. Big difference here though is international appeal.

Not to mention, this wasn't an extraordinarily expensive film to make. "Bohemian Rhapsody" cost the folks at 20th Century Fox $52 million and they've more than doubled that investment in a weekend.

And all of this box office success comes on the heels of controversy, production woes and sub-par reviews.

While most everyone has praised Rami Malek's portrayal as the iconic Freddie Mercury, the rest of the film hasn't been so lucky. That said, it still avoided the dreaded 'rotten' rotten tomato score, but just barely.

Taking the No. 2 spot in less spectacular fashion is "The Nutcracker and the Four Realms" bringing in an estimated $20 million in its first weekend out. That's significantly lower than analysts expected and Disney was hoping for.

This colorful mess of a film cost the mouse house $125 million to produce which makes a $20 million dollar showing on opening weekend box office bomb territory.

And finally at No. 3 is "Nobody's Fool" bringing in an estimated $14 million in its first week out. This is the Tiffany Haddish's third feature film of 2018 following "Night School" and "The Oath"

As for next week, Jim Carrey will always be my favorite Grinch. So there.