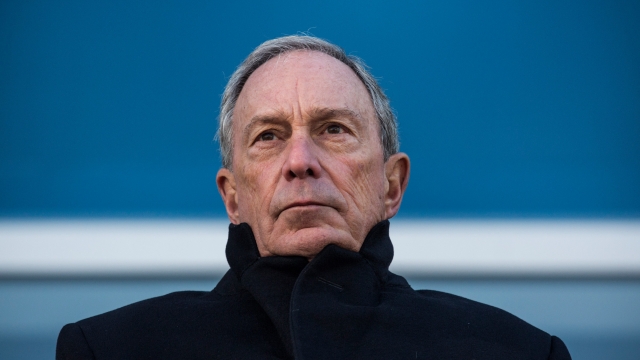 SMS
Reports: Bloomberg Preparing To Enter Democratic Presidential Primary
By Alec Larson
By Alec Larson
November 7, 2019
Multiple outlets report Bloomberg has taken steps to get on the primary ballot in Alabama, which has an early candidate filing deadline.
SHOW TRANSCRIPT

Former New York City Mayor Michael Bloomberg is reportedly preparing to enter the Democratic presidential primary, and his first major step will be getting on the primary ballot in Alabama.

According to The New York Times, Bloomberg has sent staffers to Alabama to collect the signatures he needs to qualify for the state's 2020 primary. Alabama has the earliest filing deadline for primary candidates in the country.

In a series of tweets, Bloomberg's adviser, Howard Wolfson, said Bloomberg "is increasingly concerned that the current field of candidates is not well positioned" to beat President Trump in 2020. He wrote: "If Mike runs he would offer a new choice to Democrats built on a unique record running America's biggest city, building a business from scratch and taking on some of America's toughest challenges as a high-impact philanthropist."

Bloomberg ruled out a presidential run earlier this year, saying he was "clear-eyed about the difficulty of winning the Democratic nomination in such a crowded field."

He'll have to move quickly if he wants to make a serious run for the Democratic nomination. Several states have filing deadlines soon after Alabama's, including Arkansas, Illinois and California.