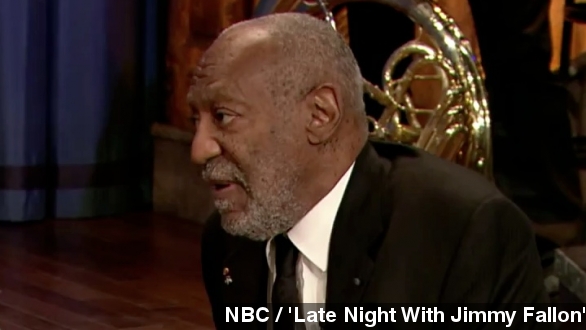 By Lauren Zima
January 22, 2014
The 76-year-old icon is heading back to NBC with a new family sitcom.
SHOW TRANSCRIPT

Break out your best sweaters.

Bill Cosby is heading back to TV. Yes, sitcom glory is seemingly set to be relived — Dr. Huxtable back on the small screen. (Via NBC / "The Cosby Show")

Although he won't be reviving your favorite OB-GYN, the premise sounds pretty similar.

Deadline reported the news first — Cosby will come back to NBC in a half-hour family comedy. He'll play the family patriarch, and the show will look at his takes on marriage and parenting.

Well, hey, stick with what you know.

According to The Hollywood Reporter, Cosby will even team up with the same producer he worked with on "The Cosby Show." Right now, the two are looking for writers.

A few months back, the 76-year-old told Yahoo TV he was working on a new family comedy, saying he aimed to bring "warmth, and love, and surprise, and cleverness, without going into the party attitude."

Cosby has been making his way back into business over the past few months. In November, he had his first televised concert special in 30 years on Comedy Central.

And a question many outlets are asking: Can Cosby save NBC? The network has struggled with its comedies. And recent efforts to make old stars successful again — including Michael J. Fox and Sean Hayes — haven't brought back the comedy gold. (Via HitFix, Uproxx, Entertainment Weekly)

Cosby is credited with giving a massive boost to NBC with "The Cosby Show." It ran from 1984 to 1992 on the network, was nominated for dozens of Emmys, and won both Emmys and Golden Globes.