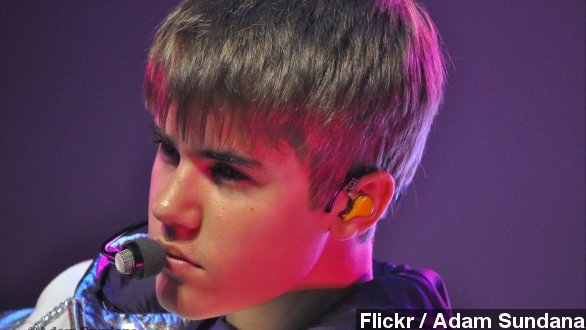 Braun broke his silence and tweeted this late Thursday night: "@justinbieber love you and i will act in the manner of someone who truly cares. that is all I have to say. thanks for all those concerned"

And Gaga took to her Little Monsters blog to say: "Justin and Beliebers were 'born this way' too. Let's spread love and compassion to Beliebers today. That is what we are all about." She encouraged the hashtag #MonstersSupportBeliebers.

Bieber was arrested under charges of driving under the influence, drag racing and resisting arrest in Miami. WJXT shows the pop star's somewhat mundane courtroom appearance.

People writes after the judge set his bail, Biebs reportedly "cried his eyes out" when he returned to the detention center.

Despite Bieber appearing subdued in court, when he left the Miami jail, CNN says, "He strutted out."

US Weekly reports the young performer sat on top of his waiting SUV and waved to his adoring fans.

​According to E!, people close to the Canadian singer have been urging him to go to rehab for some time. TMZ writes his people are now pushing for him to undergo therapy.