Bieber Reportedly Turns Himself In For Assault Charges 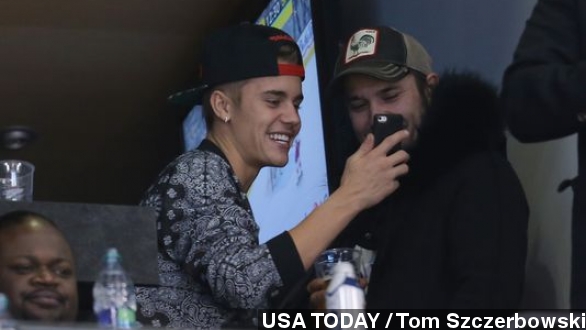 SMS
Bieber Reportedly Turns Himself In For Assault Charges

By Christian Bryant
January 29, 2014
The charges stem from a Dec. 29 incident in which a limo driver says he was assaulted by members of Bieber's entourage.
SHOW TRANSCRIPT

But he also dropped by a Toronto police station to reportedly surrender to assault charges stemming from a Dec. 29 incident involving a limo driver. (Via CablePulse 24)

"Hours after Bieber and some friends were spotted at a Leafs game, a limo driver claims he was assaulted near University and Dundas. Bieber was a passenger in the limo at the time." (Via CBC)

A USA Today writer said police were previously tight-lipped about the assault allegations as they were unsure whether Bieber was actually involved.

Toronto police remained mum on the details two hours before Bieber arrived, saying on Twitter they couldn't confirm the information on the pop star's surrender.

Bieber has been go-to headline material in the last few weeks. He appeared before a judge in Miami Beach, Fla. just last week after being booked on charges of drunk driving, resisting arrest and driving with an expired license. (Via CBS)

Add to that an ongoing investigation into an egg-throwing incident, in which Bieber allegedly caused $20,000 in damages to his neighbor's home. CNN reports a prosecutor will soon decide whether the singer will face a felony charge.

CBC reports Bieber's arraignment for his Miami Beach charges are set for Valentine's Day, though Florida law does not require him to be in attendance.