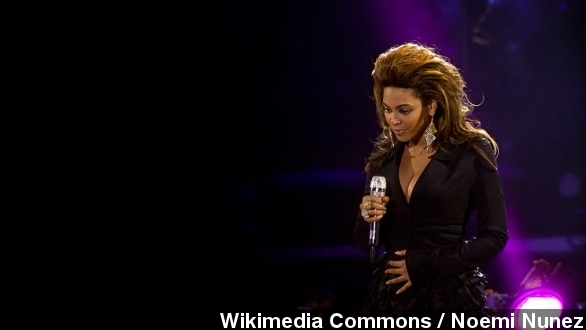 By Christina Hartman
December 30, 2013
Beyonce's 'XO' features an audio sampling from the Challenger disaster, and it's not sitting well with critics.
SHOW TRANSCRIPT

"Looking very carefully at the situation. Obviously a major malfunction." (Via beyonceVEVO)

If you don't recognize it, that was the voice of former NASA public affairs officer Steve Nesbitt.

The audio is from January 28th, 1986, when the Space Shuttle Challenger exploded 73 seconds after takeoff. All seven of the crew on board died. (Via CNN)

​The widow of astronaut Dick Scobee, who was killed commanding Challenger, told ABC News "The moment included in this song is an emotionally difficult one for the Challenger families, colleagues and friends." (Image via NASA)

And on the blog NASA Watch, former NASA employee Keith Cowing called on Beyonce to apologize to the families of the Challenger crew, writing "This choice of historic and solemn audio is inappropriate in the extreme."

But the sampling had at least one fan in The New York Post's Hardeep Phull — who wrote, in using the audio, "​Beyoncé is trying to create light from darkness, and she does it pretty well."

The song, "XO," is a love song about a difficult relationship.

And the video features scenes of a couple at an amusement park.

Beyonce has responded to the criticism — in a statement to ABC News saying it was "in tribute to the unselfish work of the Challenger crew with hope that they will never be forgotten." (Image via Wikimedia Commons / Noemi Nunez)

Beyonce is from Houston, which is the home of the Johnson Space Center, NASA's training campus.

And Houston's KPRC speculates the audio sample was a tribute to the city.

NASA itself hasn't commented on the controversy.